The first Lake County Maker Faire will be held virtually on April 17th from 10 AM to 3 PM.  Admission is free, but you need to register in advance by visiting the website Maker Faire Lake County . 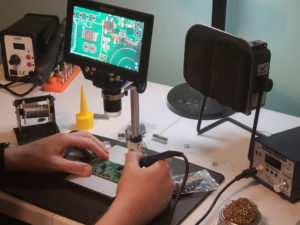 MCWA is delighted to be part of the Faire and was looking forward to showcasing ham radio last year until the event was canceled due to COVID.

MCWA will be presenting a program titled “Amateur Radio in the 21st Century” at 10:45 AM.

The inaugural McHenry County Century Bike Run will be held on May 30th from 6:30 AM to around 3 PM.

MCWA was contacted to ask if any amateur radio operators would be able to assist in event communications.  Wendell Smith (N9REP) has been in touch with the coordinators and is looking for volunteers to assist in the event.

Wendell says that it is a lot of fun and a great opportunity for the newer hams to get involved in public service. It is also a way to showcase amateur radio’s capabilities.

Beginning on June 29th, 2021, amateur radio licenses and applicants MUST provide the FCC with a valid email address. Failure to do so may lead to the application being rejected as “defective”.

Furthermore, if the FCC sends an email that is returned as undeliverable, the operator license is subject to revocation or suspension.

Go to the FCC’s ULS License Manager System and log in with your FRN and password prior to June 29, 2021 and confirm or add an valid email address. 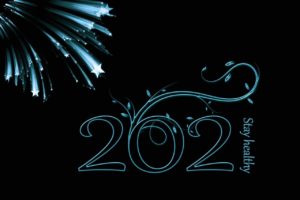 The FCC has announced its decision regarding the imposition of a $50 fee for new and renewed licenses and vanity callsigns.  According to an announcement from the ARRL dated December 30th, 2020, after reviewing the comments received from the ARRL and other parties, the Commission agreed that a $50 fee was too high since much of the process is already automated. Therefore, the fee for these applications will be set at $35, with administrative changes (address, etc.) being free. They also discussed their rationale and reasons for rejecting other arguments raised in the comments.

“The FCC has agreed with ARRL and other commenters that its proposed $50 fee for certain amateur radio applications was “too high to account for the minimal staff involvement in these applications.” In a Report and Order (R&O), released on December 29, the FCC scaled back to $35 the fee for a new license application, a special temporary authority (STA) request, a rule waiver request, a license renewal application, and a vanity call sign application.
…
The effective date of the fee schedule has not been established, but it will be announced at least 30 days in advance. The FCC has directed the Office of Managing Director, in consultation with relevant offices and bureaus, to draft a notice for publication in the Federal Register announcing when rule change(s) will become effective, “once the relevant databases, guides, and internal procedures have been updated.”