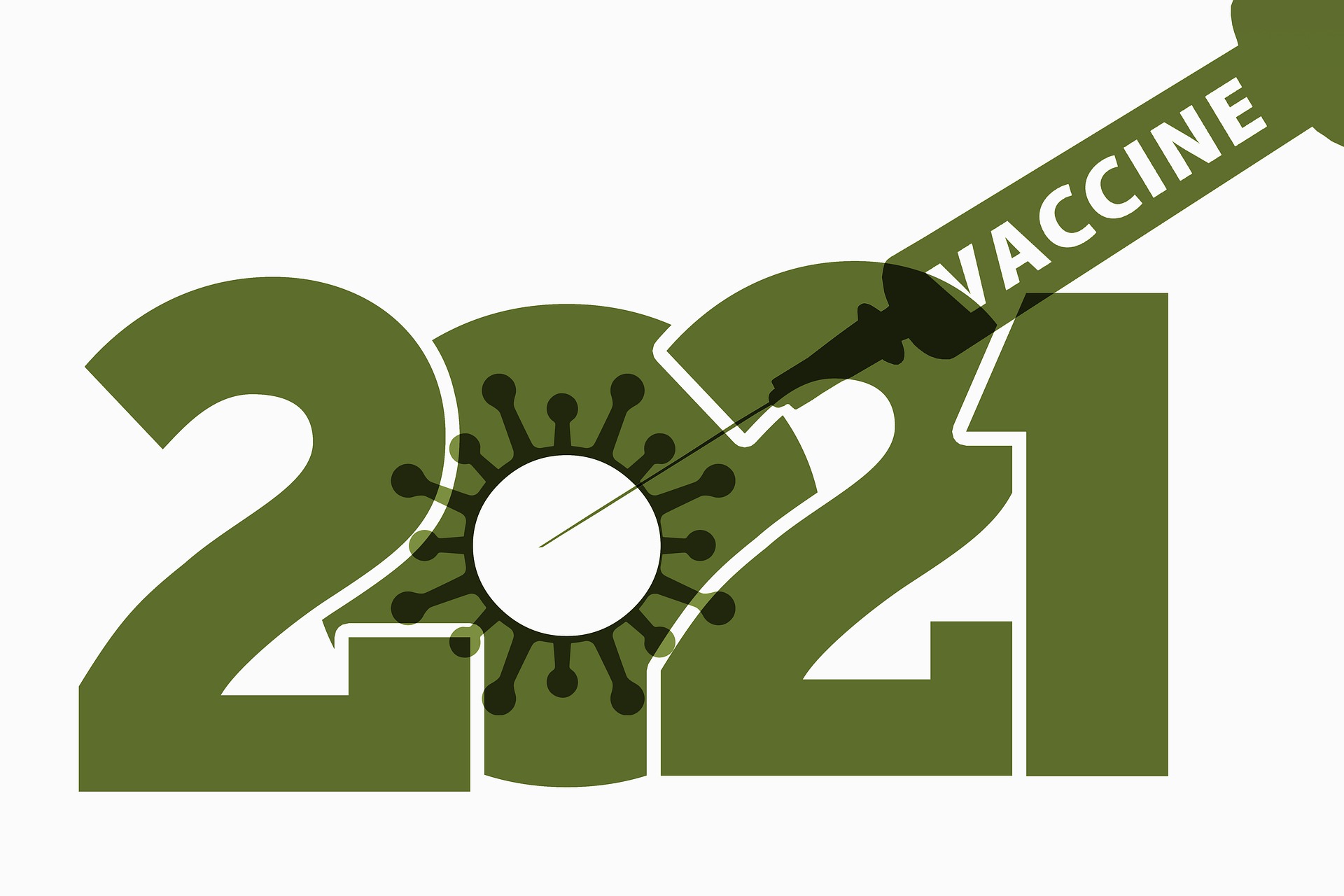 Well, it was an improvement

Entering 2021, there was optimism that it would be the year when we would move past the COVID pandemic. The COVID-19 pandemic has disrupted and continues to disrupt our lives and changed the way we live, work, and socialize.

But we have adapted and continue to weather the storm.  The club is meeting again person-to-person whenever it is safe to do so.  Hybrid meetings, although imperfect, serve to keep our remote members connected and provide an option when we can’t meet in person.

Many hamfests have resumed and the Orlando Hamcation and Hamvention are currently set to happen as of this writing. We are moving in the right direction.

“Things will begin to return to normal in 2021 and by this time next year it is our hope that we will have put the pandemic behind us.”

Things have started to return to normal and although we haven’t put the pandemic behind us just yet, we as a nation have come far and it feels like we are turning the corner to the home stretch.

The Zoom meetings that were introduced last year continued to allow us to meet as a club.  Virtual meetings have a number of advantages including the ability to have remote speakers for our programs.  The club began to explore  additional ways to use Zoom to bring together our members outside of the monthly meetings.

However,  nothing is as good as person-to-person gatherings and people were getting all “Zoomed” out and began to long to meet person-to-person again. When the COVID numbers began decreasing in the late spring and summer, the Board resumed its search for a new meeting space that would be larger and address some of the shortcomings of our old location.

There were many suggestions offered and through the efforts of John Dewey (KA9CAR), the club now meets at Algonquin Township in a space that meets all our requirements now and into the future.

Our first meeting in the building was in August where we had a successful equipment auction.  The club has met at the location four times and each month the meeting experience was refined for both the attendees in the room and for those attending via Zoom.

MCWA enjoyed another successful year.  Our membership has continued to grow and remains at its highest level ever.  Although some members have moved away, have not renew this year, or have become Silent Keys, over twenty new members have joined our ranks in 2021 keeping our club vibrant and strong.

Field Day was an overwhelming success with the K9RN FD team with Dan Larson (KD9M) as coordinator finished sixth nationwide in Class 2A, first place in Illinois and the Central Division!.  The ARRL offered again this year for club members operating from their home stations the opportunity to add their scores to the club’s aggregate score.

At the August meeting, our first in the new location, an equipment auction was held for equipment that club no long needed and items that were donated to the club. Auctioneer Mike (WB8BZK) with assistance from Mike (KD9DLL) and Dean (WC9C)  were able to auction all the items except for a Drake receiver and transmitter pair that was later sold after the auction.

MCWA members participated in the Sycamore District’s Scout Camporee held at the McHenry County Fairgrounds in Woodstock in October. Scout leaders Doug Tucker (KD9PQI) and Bill Wacaser (KD9WEW) arranged space for an amateur radio demonstration area that included a HF FT-8 “digital texting”, emergency/portable operations, Allstar hotspot, satellite communications, and 6-meter and 2-meter stations. Several hundred scouts had the opportunity to see amateur radio in action, some even coming back for a second helping later in the day.

Also in October, the club recognized outgoing Director Mike Salak (KC9Q) for his two years of service on the Board of Directors and reelected Ralph Iden (WB9ICF) President,  Dan Larson (KD9M)  Vice President, Gary Kaatz (W9TD) Secretary, and Dean Hettel (WC9C) Treasurer.  The club also elected David Whiteside (N9BSA) as Director for a two-year term.  Gary Dembski (W9BD) and Mike Metroka (WB8BZK) continue to serve on the Board as Director and Past President respectively.

Sadly, 2021 also brought the loss of five current and former MCWA members.  In January we lost Neil Martin (NM9T) and Steve James (KA9NPT).  Later in the year in July, Michael Miller (KA9DFI) and Wasyl Dobrowolskyj (N9CY).  Robert Hughes (W9IET) passed away in September.  The amateur community also lost John Rice (K9IJ) in June and although John was not a member of MCWA,  he was well known by MCWA members.

At this time last year, there was optimism about 2021. Two vaccines were starting to get rolled out and one could see the light at the end of the tunnel. Things did get better and will continue to get better in 2022. Although 2021 fell short of our expectations,  we are getting closer to exiting this long COVID tunnel into the daylight and a return to normalcy.

While the omicron COVID variant is extremely contagious and will definitely impact our lives especially at the beginning of the year, it appears that symptoms are less severe than the delta variant for most.  But please remain vigilant so we will be able to enjoy each other’s company going forward.

Developing the “Hams Helping Hams” and other concepts will allow members to pursue special interests (contesting, building, learning CW, etc.) via birds of a feather meeting in person and/or via Zoom.

And, we are in the upswing on the solar cycle, the bands are beginning to open up, and we have good DX to look forward to. 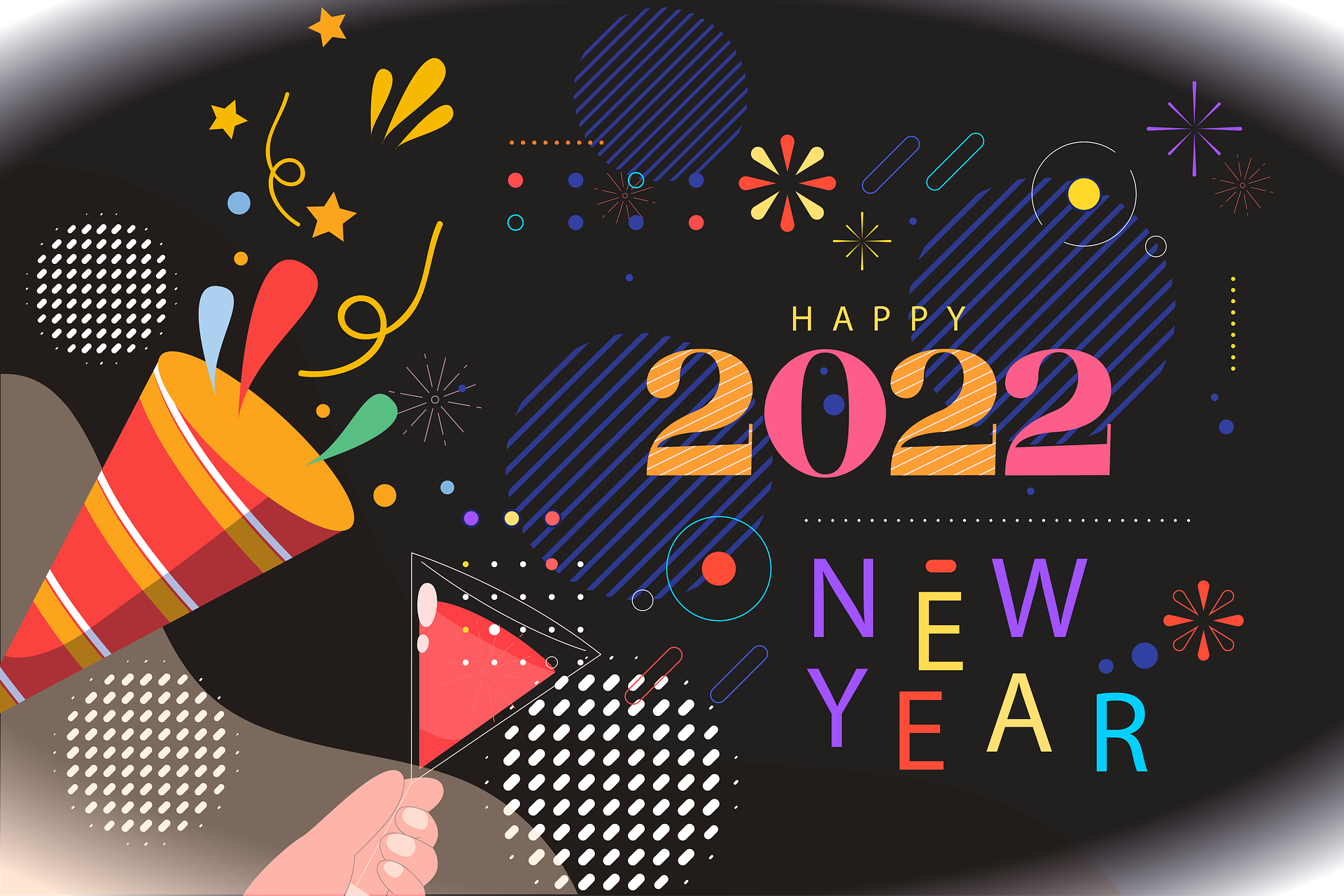