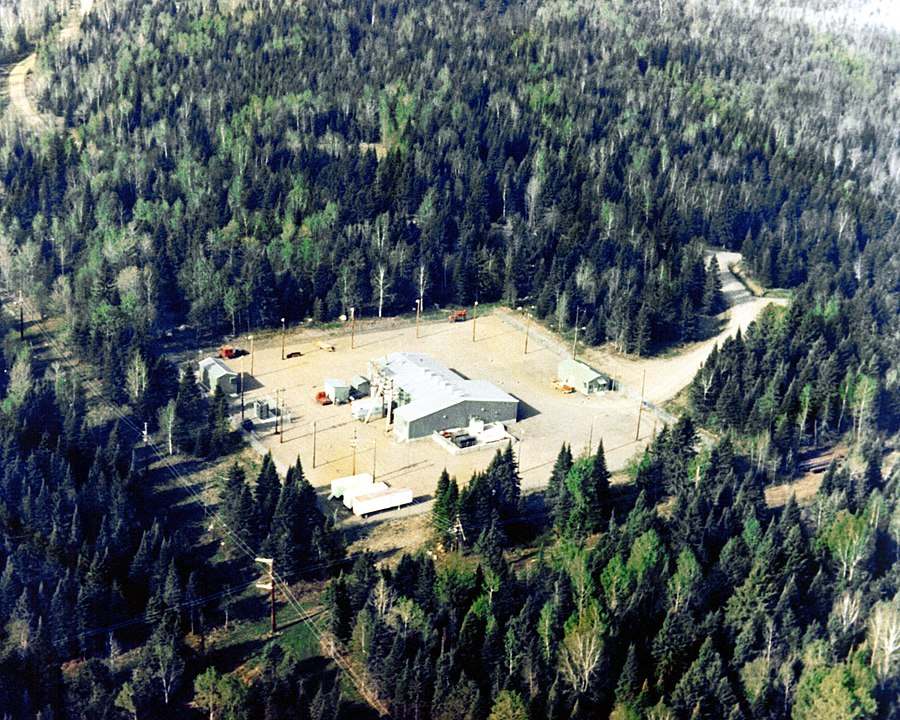 Author’s note:
In the late 1960’s, the U.S. Navy proposed Project Sanguine that would use extremely low frequencies (70-80 Hz) for communication. It was an ambitious project requiring a gigantic antenna covering 40% of the state of Wisconsin. The project was scaled down to become Project ELF with two transmitters located in northern Wisconsin at Clam Lake and the northern peninsula of Michigan at Republic. Similar systems were built in Russia (ZEVS/Zeus) and India (INS Kattabomman).

These projects were undertaken under the pretense of communicating with submerged submarines, but there was another purpose even more important. Through Freedom of Information Act (FOIA) requests, we were able to obtain details regarding Project Sanguine and Project ELF that form part of a worldwide communication network.

Although some of the project’s details remain classified to this day, we were able to arrange for an interview with Admiral Sualc Atnas, Retired who was instrumental in the construction and operation of the worldwide ELF network.

R: Thank you for sitting down with me Admiral Atnas to discuss the historical importance of the ELF network. I understand that you won’t be able to discuss some aspects of the program, but I’m not recording this interview, so it wasn’t necessary to come disguised, although it’s a great one: nice red suit, beard and all. Very festive.

SA: No, Ralph. This isn’t a disguise. What would make you say that?

[The Admiral appears somewhat annoyed or disappointed as he scribbles something down in a little notebook that he says he always carries.]

R: My apologies, Admiral. So Project Sanguine and ELF were secret and highly classified projects from the beginning?

SA: Yes. Secrecy was paramount. Of course, it is difficult to hide a project of this size from the public. Our original proposal called for a rectangular grid consisting of over 6,000 miles of cabling and transmitters consuming nearly 800 megawatts of power. When word started leaking out, we had to quickly pivot and provide a plausible explanation for the purpose of the network and not the real purpose.

R: Real purpose? I thought it was fairly well known that the reason for the network was to be able to communicate with our submerged submarine fleet. Are you saying that this is not the primary purpose of the ELF network?

SA: To be sure, communicating with our submarines was and is strategically important, but what was needed most was a better way for our operatives to securely communicate with each other minimizing the risk that our communications would be intercepted or falsified.

SA: Then we were successful.

R: Can you tell me more?

SA: Our network had been using HF successfully for many years, but in the late 60’s more youngsters were getting interested in amateur radio and getting their radio licenses. Once we had this group of inquisitive and motivated young people monitoring the HF bands, the jig was up. Word quickly spread and hams and shortwave listeners around the world cracked the network and began to game the system.

R: Game the system? What system?

SA: Well, at first it was an “early warning system” where the naughty/nice report traffic was sent to our operatives to be relayed to the subject of the report in order to give the subject time to adjust their behavior. As a result many of them did change their behavior which was good for everyone and allowed us to allocate the necessary resources to deliver the right presents to the right people.

SA: You seem to be saying that a lot.

[More scribbling in his notebook.]

R: Okay, so what happened that required a change of plan?

SA: Someone found a way to generate an occasional fake report. That led to a campaign to discredit the naughty/nice system by saying that Santa was a myth that was perpetrated by parents to control their children’s behavior. They wanted to discourage parents and others from filing reports. Then, in a stroke of genius, some very clever young people used their amateur radio skills to send fake “nice” messages directly to the network bypassing our operatives.

R: While I don’t condone that behavior, you must admit it was creative. How did you discover what was happening?

SA: You can imagine that we were overwhelmed by the huge number “nice” ratings. And not just “nice”, but “extremely nice”. We weren’t prepared for that level of niceness and our budget for presents was rapidly being depleted. Our, what are now called, data analysts noticed the change in the data patterns and investigated.

We were able to mostly recover from these false reports and get the appropriate presents to the right youngsters, including lumps of coal and no replacement parts for their radios for the perpetrators.

R: A swift and harsh judgment to be sure. So is this where the ELF network comes in?

SA: Yes. By shifting part of our communications network to the extremely low frequencies, it made it extremely unlikely that inaccurate or false reports could be sent.

SA: Yes, that is true, but we were able to pull a few tricks out of the hat and improve the speed of the network to some degree. But it wasn’t necessary to have all the naughty/nice traffic go through ELF, only the parts that ensured that the reports couldn’t be spoofed.

R: You mean things like encryption keys and digital signatures?

SA: We didn’t call them that when we built the system, but you’ve got the idea. I can’t go into a lot of detail about the specifics, but the system did employ Navajo and Elf (the workers in green outfits, not the ELF network) code talkers among other techniques.

R: Was this system used only in the United States?

SA: No. This is a worldwide system and we had similar installations in Russia, India, and a few other locations that I am not at liberty to disclose.

R: You said “this is a worldwide system”. Does that mean that it is in operation today?

SA: Yes. Parts of the original system are still in operation while other parts have received a technological upgrade. We’ve rolled out our own app for Android and iPhone users that allows our operatives to securely file naughty/nice reports to the cloud where they are evaluated and sent to our command center in the North. Everyone can see the realtime naughty/nice scores which allows for immediate feedback to the subject of the report.

R: Thank you very much Admiral for taking time to shed light into aspects of the ELF network that many of us were completely unaware of. Merry Christmas.

SA: You are quite welcome, Ralph. Thank you for inviting me.

[He glances at his notebook again and smiles.]

R: What does that score mean? Am I naughty or nice?