The March meeting was called to order by Vice-President Dave, KA9OZP, at 7:05 pm on March 3, 2015 in the Crystal Lake Bank building meeting room.

The Pledge of Allegiance kicked off the meeting, led by VP Dave.

Introductions around the room followed. Twenty-eight people were in attendance for the meeting.

Minutes from the February meeting were published for review on the club website by Secretary Roger, KF9D. Randy, KC9UTM, moved to accept the minutes as published, seconded by John, KA9CAR. The motion passed by voice vote.

Treasurer Dave, N9ITE, reported an account balance of $4844.07. John, K9JK, made a motion to accept the treasurer’s report, seconded by J-P, KD9JPC. The motion passed by voice vote.

A proposed change to the club constitution was prepared by Larry, KB9DIP, following the February meeting. A copy of the changes was distributed to the officers and the matter was referred to a board meeting for tweaking.

The subject of Field Day was raised, but will be covered in the program segment for the evening.

Dave, N9ITE, has prepared a revised MCWA club brochure, and several copies were distributed to the members.

Jerry, N9AVY had nothing new to report on the club newsletter.

Jack, W9MU gave an update on the MCC class “Introduction to Amateur Radio” being presented by club members. Nine people enrolled and eight remain in attendance with 3 sessions remaining. Classes conclude on March 19.

Other announcements included the AES Superfest in Milwaukee on March 21st and the Algonquin Ham Breakfast at the Golden Corral on Randall Road at 8 am on March 28th.

A VEC testing session will be held on March 17th a 7:00 pm at the Free Methodist Church in Woodstock.

Under New Business, our regular meeting room will not be available for the April meeting, and we need to find an alternate site for next month only. W9RAK suggested that the Senior Center in McHenry might be a suitable site. Watch the reflector and newsletter for an announcement on the April meeting location.

VP Dave suggested that the club might hold a “junk night” at a future meeting where members bring in items to sell cheap or give away.

The business meeting was adjourned at 7:25 pm.

Following a break, Jack, W9MU, and Roger, KF9D, presented a short program on emergency operations. This led into a discussion on Field Day. A show of hands indicated significant interest in an MCWA 2015 Field Day. The club will investigate securing the Harvard Moose Lodge site again, as was used in 2014.

No minutes are available for this month.

The January meeting was canceled due to weather. 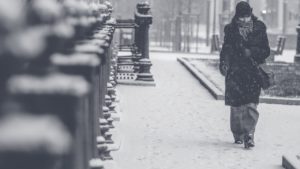