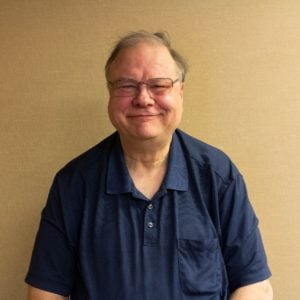 Ralph is originally from Lake Geneva, but has resided in McHenry since 1984. Licensed as a teen, he is just shy of having his license for 50 years. After a brief 37-year hiatus to raise a family, he returned to the airwaves in 2017.

Having attended many of the first MCWA meetings in Woodstock in the late 70s, joining MCWA was one of the first things he did upon his return to the hobby. He is an active MCWA member who has presented programs, participated in the MCWA scouting activities, and has served as club Secretary this past year. Along with Mike, KD2RPE, the MCWA website was updated and relaunched in March.

He enjoys operating on all of the amateur bands from 160m through 70cm. Although not an accomplished DXer or contester, he has been known to chase a little of each as well as brushing up on his CW skills. A life-long learner, Ralph is an experimenter, citizen scientist, and homebrewer. His only regret is that he has so many interests and so little time to pursue them.

Ralph is married to Sue, K-A-9-E-U-W, who lives up to her phonetics as an “Extremely Understanding Woman”. They have two grown children. 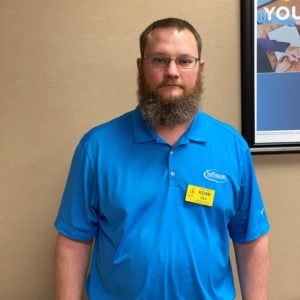 Dan Larson is a graduate of Milwaukee School of Engineering and has been an Electrical Engineer for the last 20 years.  He’s been a HAM operator since 2014 receiving his Extra class license in 2016.

Dan has been a member of MCWA since 2014 serving as Secretary in 2019 and Vice President 2020.  Dan’s interests includes the following: Digital, SSB, DX, working to become comfortable on CW, creating new projects and writing embedded code to make things work easier. 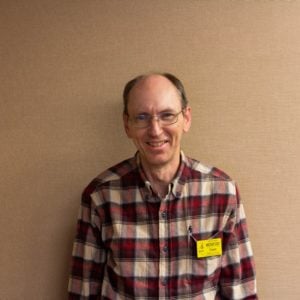 Licensed spring of 1977 as a novice. Upgraded to General summer of 1978, working mainly HF CW & some SSB and occasional 2 meter FM.

Prior member of Starved Rock Radio Club & Ottawa Ham Radio Clubs. Had hiatus from ham radio from 1984 – 2016 Field Day.  Roger – KF9D invited me to Field Day 2016 and made some contacts at the GOTA Station with the help of Jack – W9MU. I was ready to get my station setup and back on the air with a lot of help from Roger – KF9D.

Attended my first MCWA meeting in November 2017 and became a member in December 2017. MCWA members have been very helpful, encouraging me to upgrade my license and further build my station and learn new areas of ham radio since 1984.

Elected Treasurer in 2019 and looking forward to another exciting year of MCWA activities. Spring 2019 enrolled in CWOps Level II class to help regain some of my past CW skills. Upgraded to Extra May 30, 2020.

Hoping to get my station more computerized this year and may venture into digital modes if successful.

Gary is originally from Michigan, but has been in Illinois since he joined Motorola in 1973. There, he was on the team that developed the first portable cellular phone and also designed the receiver IC used in it. For the rest of his career, he continued designing and then managing the development of RF and IF ICs for cellular phones.

Gary has been licensed since 1966 and has operated on most bands 160-2 meters and 70 cm but never on 80 or 6 until recently. His new rig is the first that includes 6. He currently operates 40-6 mostly on digital modes using an attic fan dipole but has plans to build a 160/80 and maybe 60 loop antenna. In the mid-80’s, he was part of the Illinois group of TAPR packet TNC beta testers. He also operated a 2-meter packet BBS and HF gateway. He ran HF packet propagation tests on 30 with WB4APR, of more recent APRS fame, shortly after the band became available. This experience motivated him to ditch vacuum tube radios and get a synthesized rig for stability which he used for more than 30 years. In the mid-2000’s, he became interested in software defined radio and used QRP SDR kit transceivers (Softrock) mostly on PSK31. He has also been involved with home computers since he wire-wrapped an 8080-based computer with 4k of memory in 1977. He is currently working with single-board microcontrollers like the ESP8266, ESP32 and the Arduino Nano 33 BLE.

Gary has made one presentation at a MCWA meeting covering inexpensive test equipment. 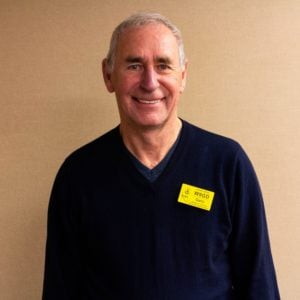 I reside in Nunda township McHenry County and am the president and owner of an Electrical Engineering firm in Elgin which has served the industrial market for over 30 years.

A current Director on the MCWA board, I enjoy Ham radio for the diversity it offers. I am not a serious contester but enjoy the special events, POTA and setting up portable for the challenge of remote operation and the ingenuity involved to make it work. Enjoy working DX when time allows and the digital modes. Enjoy helping with the Scout activities, Bicycle Rallies, and other events when Ham radio is involved.

Involving the youth and newcomers to the hobby is an exciting passion that I enjoy. Others have welcomed me into the hobby and great friendships developed from it. Diversity of talent for those in the hobby that share their experiences keeps this hobby timeless along with the technology that is forever changing, for this reason I am passionate about Ham radio.